Sound Waves in the Control Loop

Ultrasonic sensors play a significant role in the field of parking assistance systems. CATARC provides a service for validating ultrasonic-based systems using a simulator from dSPACE.

One of the greatest challenges for road users and especially for new drivers is parking: maneuvering cars into tight parking spots can often be both frustrating and time-consuming. Assistance systems can reduce the driver’s workload by taking over the entire parking process: Depending on the degree of automation, the digital assistant drives the vehicle partially or entirely on its own. To do so, the assistance system detects the vehicle’s surroundings and controls the actuators for braking, driving, and steering.​​​​​​​

The sensors of the assistance systems monitor what is known as the near field: the area directly surrounding the vehicle. Typically, ultrasonic sensors are used for this purpose. As displacement sensors, they are capable of measuring the distance of the objects from the sensor by cyclically emitting short, high-frequency sound impulses and receiving the reflections from the surroundings. The distances can be calculated based on the difference between the time the impulses are sent and received. The following also holds true for modern near-field monitoring: Sensors love company. On their own, ultrasonic sensors and other sensors deliver relatively blurry or “noisy” data. Only after comparing the results with other sensors is it possible to obtain a reliable picture of the surroundings. This multisensor recording is even more important as vehicles on the road become more autonomous. Due to the high likelihood of collisions when parking, such systems must have passed extensive validation tests before they can be approved for a vehicle.

Test drives cannot cover the entire validation task. Many different test cases have to be evaluated up to the collision, and the behavior of the assistance system has to be adjusted accordingly. A simulation-based process offers the necessary flexibility for the variation between tests. However, stimulating the sensors and assistance systems simultaneously with plausible environment data poses a challenge.

Criteria for Selecting the Test System

Among other services, the technology company CATARC is specialized in validating and approving a wide range of parking assistants that automobile manufacturers would like to operate in their vehicles destined for the Chinese market. The different structures of the parking assistants call for special requirements with regard to the test system:

Based on this set of requirements, CATARC probed the market for test systems.

A Test System for Parking Specialists

After evaluating various test systems, CATARC decided on a solution from dSPACE. The test software is based on a HIL simulator, which makes it possible to integrate ultrasonic and camera sensors into the control loop.

Integration via data feed: The HIL simulator can also be used for parking assistance systems that feature a camera sensor as well. Because these sensors are designed for a panoramic view and feature a detection angle greater than 180°, an OTA approach, in which the sensor records a flat moni-tor, is not appropriate. In this case, the simulation data is fed directly into the sensor. This is done with the help of the Environment Sensor Interface (ESI) Unit from dSPACE, which prepares the raw sensor data so that it can be fed directly behind the camera’s imager chip, for example. As a result, the validation covers all of the sensor’s processing stages. The sensor data required to stimulate and feed the sensor is obtained from a simulation and supplied simultaneously.

All of the data relevant to the sensors is acquired from a traffic simulation carried out using the ASM (Automotive Simulation Models) tool suite. ASM makes it possible to create any number of scenarios interactively and simulate them realistically. For parking assistance systems, these scenarios might include parking bays, parking spots, or urban regions, which can be designed as needed. Furthermore, it is possible to simulate road users including, pedestrians, and obstacles that have to be detected while parking.

The sensors can even be positioned easily: Their positions inside the virtual test vehicle can be assigned intuitively via a graphical user interface. The predefined tests are then performed automatically. Test parameters such as distances and speeds can be changed at any time during the test until a virtual collision, which is particularly useful. Thus, the test engineers at CATARC can generate numerous test cases and ensure a high test coverage using the parameter variations.

In addition, the HIL simulator can replay recorded sensor data during test drives. This data is supplied via the sensor box and ESI unit to the USS and camera, exactly like the simulation data.

Valuable Findings from the Test

The test system can be used to quickly test new functions and validate complete controllers. Moreover, it is possible to evaluate the system limits, for example, the actual minimum and maximum distances, early on by means of simulation. The ability to repeat any abnormalities that were detected and recorded during the test drive is especially valuable.

The test solution has been adapted brilliantly to CATARC’s range of services to offer the flexibility required to easily integrate ultrasonic sensors and ECUs from various manufacturers. In general, only a few parameters have to be adjusted for this purpose.

Currently, the simulator is being used by a team of 30. It took roughly three weeks of training until they could use it efficiently. The test system has come to play a key role in everyday testing. Especially in the field of automated driving, including valet parking, the simulator ensures that the functions are safe before they are used in a real test drive. This is possible because the wide range of dangerous scenarios is simulated realistically using the simulation tools supplied by dSPACE. Furthermore, the tools from dSPACE help speed up testing and streamline the validation tasks by allowing for end-to-end validation, from the sensors and ECU to the driving.

The development of parking assistance systems is progressing rapidly. Communication systems between vehicles and their surroundings (V2X) are being integrated and new sensors are becoming increasingly relevant. Therefore, there are plans to add V2X validation to the test system. Further testing requirements might arise with regard to radar sensors. Because radar test benches from dSPACE already play an important role in other contexts at CATARC, the integration of such a test system is being considered. 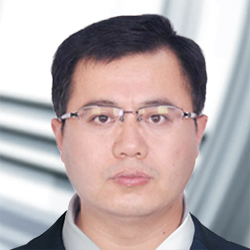 Quanzhou Liu is Director of the Electronic Control Development Department at CATARC in China.

Zhanqi Li is senior manager of the Simulation Development and System Verification Group at CATARC in China. 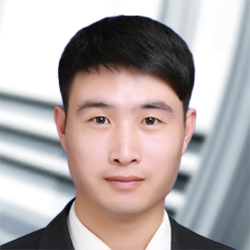 Pengfei Jia is an engineer of the Simulation Development and System Verification Group at CATARC in China.

Subscribe to our newsletters, or manage or delete your subscriptions